With the end of the no-fishing season, the southern Chinese cities can start enjoying the feast of seafood in such a great time. The oysters and crawfish are great partners for summer nights. However, recently, people in Shanghai, China were very confused because they were not sure which type of garbage bin the crawfish and oyster shell should fall into.

According to the new regulations on household waste management in Shanghai, which has taken effect on July 1st, all domestic garbage should be classified into four categories: organic waste, recyclable waste, hazardous waste and other waste. Of course government issued the “Guide to the Classification of Domestic Wastes in Shanghai” earlier, which contains examples and instructions in waste classification, but a simple picture was far from solving everyone’s hesitation. They don’t know how to deal with those waste that wasn’t mentioned in the “Guide”.

A large amount of pet owners have their worries, too. They are not sure how to classify pet feces, pet hygiene products such as cat litter, hamster bath sand, and dog urine pad. 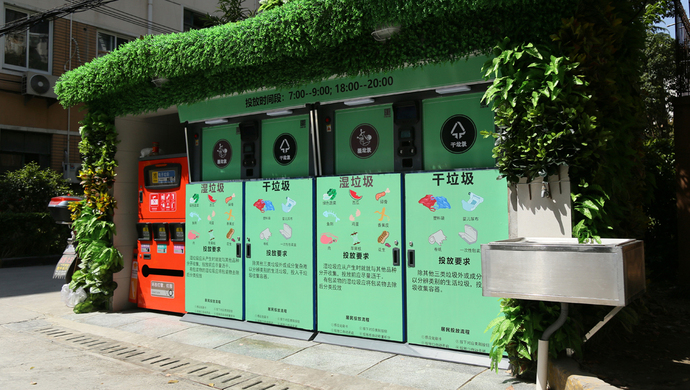 Some netizens have also come up with an interesting classification method, that is the “Pig Classification Method”. All you need to think is what can it do to a pig. For example, if it can be eaten by a pig, it is a organic waste. If pig won’t like to eat or can’t digest it, it should be classified into other waste. Recyclable waste is what we can sell for money to buy a pig. This is a fun method and easy for everyone to remember, but sometimes it is not accurate. Some recommend to develop a small program or a mobile phone app that recognizes the garbage sorting by taking a photo, so that the garbage sorting can be searched more comprehensively and quickly. 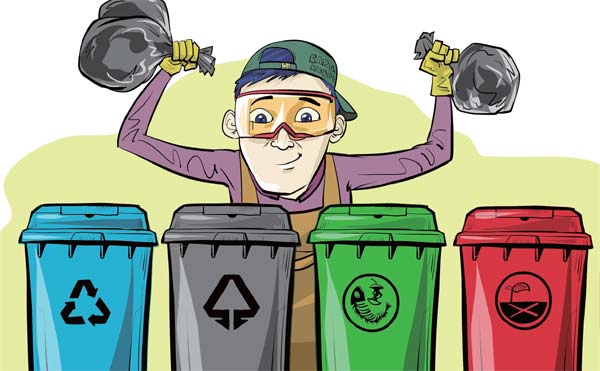 Apart from guiding notifications, government also imposes heavy fines for mixing sorted garbage. You can see elders in green vests voluntarily hand out brochures while instructing residents about the details of waste classification. In east areas, publicity agents would go knock on the residents’ doors to remind them to classify waste according to different time periods of the day, from 7:30 to 8:30 in the morning and from 6:30 to 8:30 in the afternoon. The community would assign personnel to “guard” the big waste containers. Some areas are even installed with surveillance cameras. According to the regulation, people are required to sort household garbage into four categories, individuals who fail to do so will be fined up to 200 yuan. For companies and institutions, the fine goes up to 50,000 yuan. In addition, transport operators can refuse to pick up the waste if it’s not properly sorted. These strict regulations have even spawned a new industry - picking up your garbage at home to sort it for you.

Waste sorting, a seemingly exhausting and troublesome behavior, is actually changing people's daily lives and has a potentially positive impact on future generations. Once you get used to it, it should be a lot better. Anyway, this will eventually benefit ourselves in the future. Searching for more information about wastecontainer on chinawastecontainer.