Why China Imported the Foreign Garbages at the Past 20 Years

Why China Imported the Foreign Garbages at the Past 20 Years

On April 29, 2017, the Chinese government announced that in order to solve the domestic pollution problem, it began to ban the import of 24 kinds of "foreign garbages" from abroad in January 2018. At that time, many domestic persons may think why we imported the foreign garbages at the past 20 years. Today I will tell you the reasons.

The foreign garbages imported into China is the material waste that can be recycled rather than the simple kind of daily life garbages. Since the beginning of China's reform and opening, the economy has developed rapidly. Besides, the development of manufacturing industries, especially the light industry, has a rapid promotion speed. However, we needed large amount of raw materials to manufacture products. Some raw materials in China are insufficiently supplied, such as plastics, steel, used electronic products and so on. The cost price of purchasing raw environmental protection materials from abroad is too expensive. At this time, foreign garbages played an important role. Imported foreign garbages at a low price, and sorted these wastes as raw materials for some commodities can solve the demand for raw materials. It can also save a lot of cost. 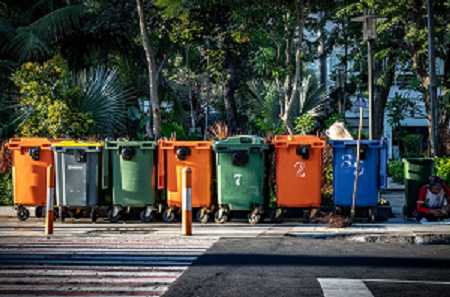 The premise of the waste recycling plant can operate normally is that its upstream waste recycling station can supply the raw materials which needed by the factory continuously. It especially means those pedicabs of recycling the old household appliances and beverage bottles in the streets of the north China. They bought the recycling wastes with a cheap price, then sold to the upper-level recyclers, and finally after several rounds of reselling summary the recycling wastes would come to the waste plastics processing plant.

It also can be reflected by a family which was in Los Angeles in the United States, they put the abandoned plastics into the outdoor recycling bin, then transported them to China through the containers of the port. Then the recycling garbages through recycled, dismantling and reproduce, they became rubber shoes or sportswear. Finally, they would be sold once again to the United States or Europen Consumers.

Above all, in most developed countries, landfills and incineration are legal. The only reason for transporting large amounts of waste to China is that the recycling value of these wastes is higher than the freight. Besides there are buyers who are willing to pay for it. But as we all known that at this time the recycling wastes value is less than the cost of protecting the environment, so Chinese government did a right decision of banning to enter the foreign garbages.