Germany was the first country to implement mandatory waste sorting. Besides, they established a relatively complete waste sorting system in the early 1990s. After nearly 30 years of development, the recycling rate of domestic waste has climbed from 15% in 1990 to 68% in 2018.

What's more, waste sorting almost has become the normal rule as natural as obeying traffic rules. Following are some details of the German waste classification. 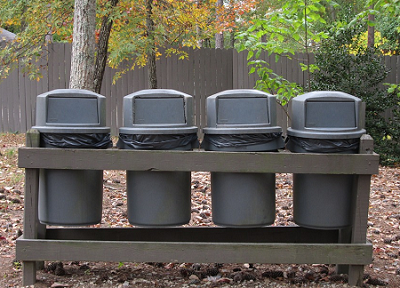 Different Size of The Trash Bins

In practice, residents will find that there is usually only a small bag of wet garbage to be thrown, and harmful garbage is even rarer. However, the recyclable garbages always need a large-sized box, and the trash can is quickly full.

As I mentioned at the beginning, almost every residential building in Germany is equipped with four-color trash cans: blue paper waste, yellow packaging garbages, brown organic garbages and black residual garbages. In most areas, the blue and yellow trash cans are in the largest size, nearly twice bigger than brown and black trash cans. Several locations will have an extra configuration of several blue and black trash cans. This obviously consider the relative volume of packaging wastes and residual garbages. The blue and yellow trash cans are larger. So correspondingly, the frequency of garbage trucks coming to clear and transport is different. Paper and packaging wastes are cleaned every two weeks, while organic and residual wastes are once a week.

Although in Germany, the classification of “paper waste” and “packaging waste” is strict, but their treatment of “organic waste” is relatively random. Usually only all food-related waste is classified as organic waste. The rest are all "remaining garbage." In Germany, if you really don’t know which trash can you should throw into, you can throw the garbages into the remaining garbage can. 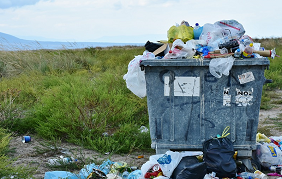 The bottle is an independent link in the German waste sorting system and does not enter the yellow, blue, brown or black trash cans. Residents pay a deposit of 0.08 to 0.25 Euro depending on the size of the bottle when purchasing a bottled beverage.

Each supermarket has an empty bottle recycling machine, which can be returned after being placed into the empty bottle. Although the cost amount is not very large, it is enough to be the driving force for people to bring the bottle back home after drinking water.

The frequency of hazardous wastes such as used household appliances and batteries is very low. Germany usually does not set the toxic and harmful trash bins under the residents. Supermarkets play a very important role in the German waste sorting system. In addition to the empty bottle recycling machine just mentioned, each supermarket will also have a used battery recycling box. Even if you go shopping at a very small convenience store, you will see one near the checkout counter.

Every year, German households receive the “Garbage Clearance Calendar” issued by the City Hall to know the date when their streets are concentrated on recycling large items. Such as home appliances and furniture. Outside the designated date, residents can also call to book a staff member to collect and throw large garbages at night. They will be removed the next day.

The last step in the eating of many German students is to eat their bread with the sauce to let the plate be empty. From this we can realize that compared with the classification of garbage, it is also very important to improve people's awareness of saving.