The History of The Outdoor Trash Bins’ Diversification

As a sanitation facility that can be seen everywhere in our life, with the garbages classification become the hot topic, the outdoor trash bin was focused on by thousands of people. Besides, the information of the collapsible garbage can also covered the inter net. From the awakening of human life consciousness to becoming an indispensable tool of life, its development history also is a reflection of social culture and the evolution of human civilization. Those things that you don't know are worthy to be solved one by one.

From the picture, you can see a pit which is originally to provide people with a place to dump garbage. Although the waste will not be scattered everywhere as before, the pits filled with rubbish will be blown away through the wind. Then the paper scraps and plastic bags will fly in the sky. Garbages are often returned to the original owner. Although some people later inserted a few bamboo strips around the pit to prevent the rubbish from being blown out during the wind, it still failed to fundamentally eliminate this situation. So it is just a garbage dump rather than a collapsible garbage can. The Appearance of Simple Trash Can

In the 1970s and 1980s, there appeared real “garbage can with lid” in China, such as fence buckets and cement buckets. Although they were simple in structure, they still played a good role in saving garbage.

The fence bucket is made of bamboo pieces, which is simple to make and easy to carry. It can be used to store items as well as dump garbages. However, because the gap of the fence is too large, the bucket is only suitable for the large garbage, and the smaller garbage will be scattered from the gap. As a result, the garbage will also fly away when the wind is blowing. In addition, such buckets are generally limited to use at home but not in outdoors.

In the 1980s, there appeared a public use garbage bins on the streets, which was called cement buckets. Although the cement bucket is relatively simple in construction, it shows the advantage of being easier to store garbage than the original pit or fence bucket. In the early 1990s, cement drums were built everywhere. Even at the present, public dumps in some cities were still cement drums. At the same time, it also let us realize the importance of environmental protection. Because the cement barrel is too tight, and the cement slabs on the street are relatively high, people are too lazy to clean up. The result is that in the summer, many flies and mosquitoes are flying around it, which directly affects the healthy life of everyone.

In the mid-1990s, another type of trash bin began to appear on the street: two small buckets were placed inside the bucket to store recyclable or non-recyclable garbages. Besides, the bins were marked with different colors which is the most commonly used now. With the classified trash bin appearing, the cleaning staffs no longer need to spend a lot of time to classify the garbages. What’s more, the setting of the recyclable garbage bin also provides a chance for secondary use of valuable waste, which reduces the waste of available resources phenomenon. Nowadays, the classified trash bins have been spread all over the country. According to the study, 58.33% of the respondents indicated are now seeing more classified trash bins than before. This shows that the classified trash bins have gradually replaced the past ones. Garbage bins, which implement garbage sorting, have become the latest environmental protection concept. 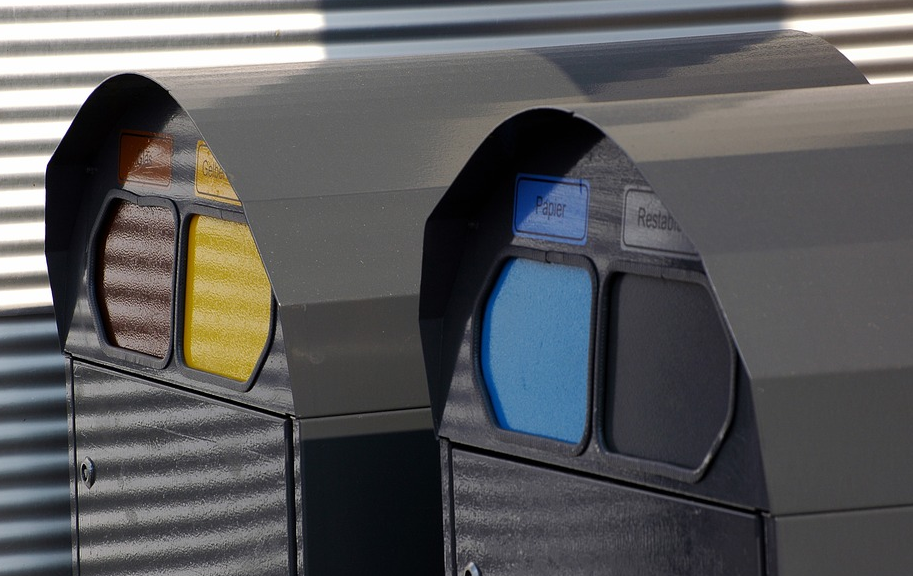